If learning to read is a “linguistic task”, what’s wrong with Whole Language?

Although it is some years since I have worked clinically, my initial qualification was in Speech Language Pathology and I have always had a particular interest in, and passion for language – both spoken and written. I love spending time with infants and toddlers and observing their amazing emergent grasp of the linguistic code – surely one of the greatest wonders of being human. My research activities in recent years have had a strong focus on “vulnerable” learners and I’ve had the enormous privilege of spending a lot of time in primary schools, interacting with teachers about (in particular) the teaching of reading in the early years.

A large focus of the presentations I give to teachers is explaining the linguistic basis of learning to read. This entails discussion of the fact that unlike learning to talk and understand, learning to read and write is biologically “unnatural” – i.e. humans are pre-programmed in an evolutionary sense for the former, but not the latter. This concept is often quite a revelation for teachers and I see many “ah hah!” moments in the course of these discussions.
I often use an analogy of a child having to “cross a bridge” in the early years of school – from talking and listening on one side, to reading and writing on the other. If I’m feeling particularly prosaic on a given day, I might mention the crocodile-infested waters underneath…. 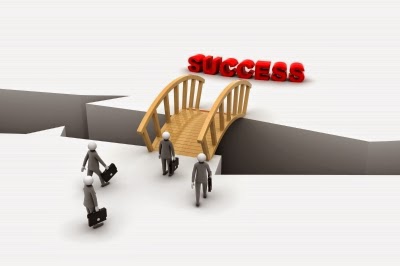 While some fortunate children will metaphorically “skip” across the bridge and suddenly find themselves on the other side without having had much awareness that they were even on a bridge, many will find the experience one that requires conscious focus, guidance and support from adults, and carefully-paced milestones. Complex genetic and social factors no doubt account for such variability, but classrooms need to cater to all children, not just the very able.
Proponents of Whole Language-based approaches to the teaching of reading argue that reading is as natural as talking, and so simply requires immersion in text-rich experiences, in order for children to find themselves on the far side of the bridge.

This argument fails a number of reality checks however, the first of which is that children’s acquisition of oral language, while strongly “pre-programmed” in an evolutionary sense, still requires enormous environmental input and interaction, in the form of exposure, simplification, repetition, imitation, expansions, recasts, and so on. There is something of a “dose-response” relationship between early language exposure and verbal skills in early childhood, such that this is a phenomenon that sits on a social gradient (see references below).
Secondly, decades of cognitive psychology research tells us that the acquisition of skilled reading draws heavily on the child’s psycholinguistic knowledge about how their language works. Now of course we can’t sit down and interview a four-year old about her psycholinguistic knowledge, but we can extrapolate important information from spontaneous language samples and from the 1:1 administration of formal language measures.
By “psycholinguistic knowledge”, we are referring to the child’s grasp of grammatical rules (e.g. in English, the fact that in order to make a noun plural, we generally add an “s”), knowledge of narrative structure (the logical and sequential way in which experiences are organised and presented for the benefit of a listener), vocabulary use and comprehension, and knowledge of grammatical conventions to link words and express increasingly complex (e.g. embedded) ideas. Knowledge of the sound system (phonology / phonemic awareness) is critical, as it is the means by which a child can segment and blend sounds to manipulate and integrate word components. Finally, knowledge of pragmatics teaches the child the subtle and sometimes confusing social conventions around how language is used in a variety of communicative contexts.  We typically learn many of these rules through the process of breaking them, and then receiving some kind of corrective input from a nearby adult, such as a parent or teacher. 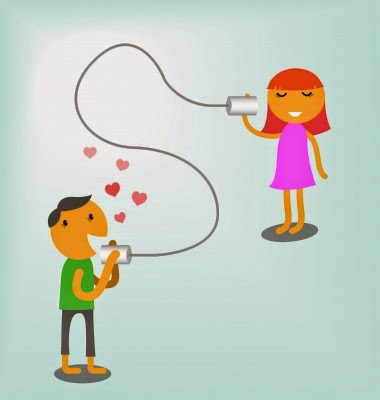 Bear in mind too that all of these psycholinguistic milestones need to be mastered in both the receptive (comprehension) and expressive (spoken) modalities. Further, children need to master the understanding and use of literal language as well as figurative, or idiomatic language. Everyday communication would be quite boring if we only ever said exactly what we mean. Instead, we make our exchanges more interesting and entertaining (but often more confusing!) by using linguistic devices such as metaphor, sarcasm, and humour.
As children's grasp of oral language develops, they acquire the ability to think and talk about language and how it works, i.e., metalinguisitic abilities, and these can then be drawn on in the early years classroom and in everyday life, e.g. to explain why a joke is funny.

Oral language, then, is one of those deceptively complex processes that by virtue of its pervasive presence in our lives can appear simple, or even inconsequential, as a developmental achievement.
It is neither.
So when educators argue the virtues of Whole Language as a reading instruction approach, they are conveniently lumping together a raft of linguistic microskills that the child is (a) still acquiring and refining and (b) needs to draw on in order to cross the bridge from talking and listening on this side, to reading and writing on the other. To the untrained eye, however these skills are not observable or accessible.
The fact that “Whole Language” has the word “language” in its name is both unfortunate and misleading, because learning to read IS a linguistic task, but Whole Language does not deliver, unpack, decipher and value-add the linguistic goods that all children need to acquire in order to learn to read. The fact that some (fortunate) children will learn to read in Whole Language classrooms simply attests to the enormous variability that teachers in early years settings need to address.
My driving motivation is to provide all children with access to the life-changing opportunities that await their arrival on the other side of the bridge. I'm sure this is the driving motivation of all who are invested in early years education, however examination of the research evidence shows uneven results.
That Whole Language is an approach that fosters passion about children's literature is laudable. However, direct instruction by teachers who understand the psycholinguistic properties of the language of instruction is key to shepherding more children to the other side of the reading bridge, safe from those crocodile-jaws of early academic failure.

Tweet
Posted by Pamela Snow | The Snow Report at 00:55