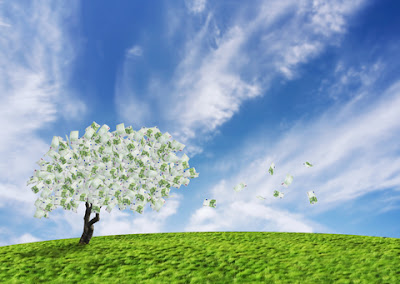 
On September 6, The Productivity Commission Draft Report on the National Education Evidence Base was released. Some of the key findings of this report are as follows:

The findings of this report have been subjected to a Fact Check by a team at The Conversation which supports the Productivity Commission’s view, with the bottom line being as follows:


“This analysis is correct. Educational spending has increased and there has been little overall national improvement in achievement. Relatively static national achievement levels, however, mask trends of improvement in some states (Western Australia and Queenland) and significant changes in individual schools”.


Now, this is not going to be a popular position with many teacher educators, teacher unions, and in many cases, teachers themselves. There is a widespread, group-think that asserts that “all that is needed” for educational standards to improve in this country is for Gonski Reforms to be fully funded. This is a remarkably uncritical, and some might say, disingenuous stance by people who claim to use data to inform their decision-making, and more importantly, claim to care about the well-being and educational outcomes of young people in Australia.


It is virtually impossible to succeed in a western education system if you do not make the transition to literacy in the first three years of school. Yet in 2016, teacher education in Australia and other industrialised nations continues to be dominated by discredited Whole Language-based teaching and remediation approaches. This is in spite of a mother lode of cognitive science evidence that the best of way of ensuring that all (not most, all) children make the transition to literacy, is by having teachers equipped to provide systematic synthetic phonics instruction as a starting point, and then to build on early success through their sophisticated and explicit knowledge of morphology, vocabulary, narrative skills, comprehension strategies and syntactic complexity. This position is also supported by three international inquiries into the teaching of reading: The UK, the USA, and Australia. Australia’s inquiry was published in 2005, yet no state or territory has adopted its recommendations, which remain as fresh and relevant today as they were 11 years ago. Do not be fooled, dear reader, by the Trojan Horse that is so-called Balanced Literacy, an approach that is to literacy, as “healthy eating” is to public health nutrition. It is a term that can mean whatever the user wants it to mean.


As I (and others) have asserted many times, systematic phonics instruction is a necessary but not sufficient element of early literacy instruction. What we see instead, however, is widespread use and promotion of the Whole Language-based Three Cuing Strategy (for a recent critique of the mysterious way in which this became “A Thing” in early years' education, see Alison Clarke’s excellent blogpost here). Alison rightly refers to Three Cuing as “teaching the habits of poor readers”.


As if not applying the abundant evidence from cognitive science is not wasteful enough, many teacher educators and schools are enthusiastic and uncritical consumers of every kind of neuroflapdoodle imaginable: Brain Gym, Learning Styles, Multiple Intelligences, Coloured Lenses, Reading Recovery, notions of left-brain, right-brain learners, not to mention my personal favourite: brain-based learning (big eye-roll)….the list goes on and on (and is explored in detail in this forthcoming book by Dr. Caroline Bowen and me).


So – before we throw more money into what is in many respects, a wasteful, bottomless pit, let’s do an audit of non-evidence-based practices and see where some savings can be re-directed to educational approaches that do support learning success, right across the achievement spectrum, but most notably for those in the tail of the curve, for whom rigorous instruction pays particular dividends.


Money does not grow on trees, and even if it did, as the illustration at the top of this page shows, the wind would blow much of it away anyway.
I can already anticipate the reaction of some teacher educators, and sadly, some schools and teachers.