Last weekend I was privileged to hear Professor Julian (Joe) Elliott speak in Melbourne on the topic most strongly associated with his name - the Dyslexia Debate. This was a keenly anticipated event for me, given my interest in the topic and the fact that I share his view that "dyslexia" is a term that has run its course in learning disability circles.  Joe's visit to Australia was sponsored by Learning Difficulties Australia and bravo to them for doing so. 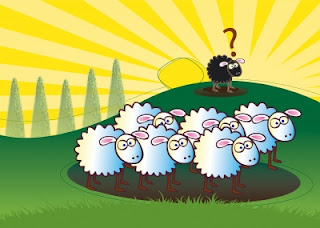 Dyslexia has become something of a black sheep in the family of "Dys" terms that health professionals such as psychologists, speech pathologists and occupational therapists learn about in their pre-service education. Have you ever heard anyone talking about the Dyspraxia Debate? Or the Dysarthria Debate? No, of course not, because those are terms that have stayed on the nosological leash and in the main don't cause users much complaint. If you're a clinician working in a hospital and someone tells you that the elderly lady in Bed 17 has dysphasia, you'll know to expect someone who won't express herself very clearly and is likely to have at least some difficulties understanding you. All good. But if you're also told that the young apprentice in Bed 18 has dyslexia, what will you expect then? Someone with reading difficulties perhaps? Somehow, though, a quasi-medical term like dyslexia cuts more ice (for some people and in some situations) than the simple descriptor "reading difficulties" (or "problems", or "disorder").

Professor Joe Elliott is a lively, impassioned and engaging speaker. The central thesis in his argument is that dyslexia is not a scientifically robust term that differentiates a particular (special) group of poor readers from other "less special" poor readers, who, by virtue of circumstance (e.g., lack of family resources) have not been "anointed" by the diagnostic label dyslexia. Note though that Professor Elliott is not claiming that children with reading disorders don't exist or that their needs are not important. Nothing could be further from the truth.

He does argue as follows* though, that:

Discussants at this event were Associate Professor Tim Hannan of the School of Psychology at Charles Sturt University, Ms Mandy Nayton Executive officer of Dyslexia SPELD  Foundation WA and Professor Tom Nicholson of Massey University, NZ and Alison Clarke, Melbourne Speech Pathologist. As one would expect from such a range of stakeholders, views varied on the utility of the term dyslexia, with Mandy Nayton in particular arguing that the debate is potentially a distraction from the wider issue of improving instruction. There was strong, but not unanimous support for adopting the US Response to Intervention approach, which is highly data-driven and seeks to ensure optimal academic and behavioural outcomes for all children. We must remember though, that RTI is only as good as the assumptions that are made about the quality of the instruction that occurs at Tier 1 (universal, classroom based teaching). If we do better at that level, we should have only small percentages of children (certainly fewer than 10%) needing services at Tiers 2 and 3. At the current time, I don't believe we can be confident in Australia that we are getting it right at Tier 1, and this belief is borne out in national data on unsatisfactory reading progress by Australian students (see this previous blogpost for links).

I think the genie's out of the bottle on the term dyslexia, and its usefulness for children who struggle to read (and their teachers and parents) has run its course. It has run its course in the same way that the term dysphasia ran its course twenty years ago as a descriptor for childhood language disorders. Although there has been some unhelpful terminological detouring in that domain as well, there is at least an appetite now for plain(er) labelling.


So - let's round up this errant black sheep of the "Dys" Family and put him in a secure enclosure where he can't cause further mischief with our already muddled thinking on this important issue.

*I have drawn here on the following publication: Elliott, J. (2014). The dyslexia debate: Some key myths. Learning Difficulties Australia 46(1&2).

Tweet
Posted by Pamela Snow | The Snow Report at 10:51