Most of us can remember when we found out that Father Christmas, the Easter Bunny, and/or the Tooth Fairy were not real entities. For me, the disappointment of discovering that my parents were Santa was off-set by the relief that my attempts to deal with the illogical premise of his work-schedule were now reconciled. I must have been a budding empiricist even as a seven year old. Letting go of illogical but cherished belief-systems is an important rite of passage in childhood. It hurts a little, but it leads to greater maturity and depth of understanding about oneself and the complex world in which we live. Sometimes we have to let go of cherished beliefs as adults too.

I often think that for primary teachers whose pre-service education has been dominated by Whole Language-based ideology and pedagogy, exposure to the scientific evidence on what works (and who gets left behind) with respect to reading instruction must feel somewhat akin to losing a belief-system like the idea that a fat jolly bloke in a red suit flies around the world bringing presents to all of the children of the world (well, to those of a particular belief-system, and even then, not in an equitable fashion....let's not try to untangle those loose ends today).


Let's consider the so-called "Five Big Ideas" in literacy education (phonemic awareness, phonics, vocabulary development, comprehension, and reading fluency). How much emphasis on the first two is enough? And when should phonemic awareness and phonics be introduced and called upon in the learning process? You might think you'd find some answers in the Australian document entitled "The Place of Phonics in Learning to Read and Write" by Emmitt et al. (2013). Instead, this document takes a perversely undermining position with respect to the importance of phonics instruction. The purpose of this blogpost is not to deconstruct the work of Emmitt et al., but rather to use it as an example of a modern guide for teachers that promotes what I've come to think of as homeopathic doses of phonemic awareness and phonics instruction. Sure, they're in the mix, but in doses that prevent systematic skill acquisition by early learners. Effective phonics instruction requires specialist knowledge of the structure of the English language, and this unfortunately has been shown to be significantly lacking in the teacher workforce - again, no fault of teachers, and something I will come back to in a future blogpost.

In the meantime though, we need to think long and hard about what it means for children to be receiving patchy and often weak instruction in phonics. Phonics is not a stand alone. It's necessary but not sufficient in order to get beginning readers off the blocks and into the transformational world of deriving meaning from written text. But it needs to be taught well if early inequities in reading readiness are to be removed in the critical first three years of school. 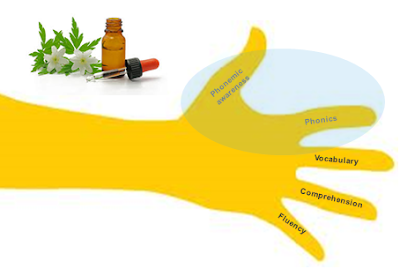 I do wonder though, how we can move from our current impasse. Four decades of Whole Language dominated teacher education and classroom practice stands between today's children and exposure to evidence-based reading instruction. Maybe I need to believe in one of these: 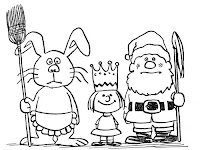 Tweet
Posted by Pamela Snow | The Snow Report at 00:13