Language competence and vulnerable young people: What can we learn from young offenders?


In fields where terminology is highly contested, and subject to all sorts of cross-paradigm tensions, it can be difficult to select the “right” words to describe key issues in particular populations. In this post, the “key issue” I’d like to comment on is language skills and the particular population is young offenders. Young offenders are of interest in their own right, for reasons I'll outline below, but their experiences and trajectories can also illuminate deficiencies in our systems and supports for vulnerable learners.

I observed in an earlier post that I “fell into” research on language competence and young offenders in the late 1990s, when I was working as a researcher in the adolescent mental health / substance abuse field, and became aware of some of the assumptions in that field about the protective nature of academic achievement in the childhood and adolescent years. This is not to say that academic success “vaccinates” young people against psychosocial adversity, rather that it confers definite benefits, in the short and longer terms. The research on risk and protective factors (discussed further here) got me thinking then, about the role of oral language competence and the fact that in very few academic readings and even fewer discussions with learned folk in the adolescent mental health field, was I coming across any mention of language skills. This struck me as both odd and worrying, and so began a bit of a crusade.

It was fortuitous that I came into contact with Professor Martine Powell around this time, and we got talking about our shared (though different) interests in young people’s communication skills. Martine had already established a significant profile on children’s eye-witness testimony with respect to allegations by children of sexual abuse, and was receptive to my suggestion that we should team up to look at language skills in adolescents in contact with the law. In this new line of research, then, our emphasis was predominantly on young people as suspects, rather than victims or witnesses, bearing in mind of course, that such distinctions are frequently blurred in practice. This is nowhere more evident than in the fact that there is significant cross-over between child protection and youth justice systems, with some 40% of young offenders having their entree into “the system” via the child protection door. In Australia, too, we must deal with the fact that although young people from Aboriginal and Torres Strait Islander (ATSI) backgrounds represent only 5% of their age-group, nearly 40% of young people under youth supervision orders are from ATSI backgrounds. 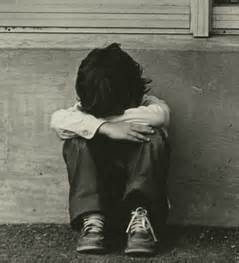 What is it that you do research on again?
This question, or some variant of it, is one I have faced at many a social gathering, when someone has inquired about the nature of my research. There’s nothing better to focus the mind of an academic than the wide-eyed, slightly askance response of a friend or relative who just can’t see the point behind that thing that takes up an enormous amount of your waking time, on both weekdays and weekends.

So, over the years, I have honed a response that I can almost pull off in the 3-5 minutes of polite attention most people can offer in the context of mild, if socially constrained interest. It goes something like this:


At this point, if people are still with me, they may ask
So - why study the language skills of young offenders?

Firstly, young offenders, by virtue of their characteristic trajectories through the education system and into welfare/youth justice have much to teach us about how schools could become more responsive to the needs of vulnerable learners. In order to do this, several systemic challenges would need to be addressed, such as the knowledge and skill base of teachers, and the supports provided by allied health professionals (e.g. psychologists and speech language pathologists) – both in the home and at school. In addition, an early years curriculum that is genuinely responsive to developmental needs and “holds off” on formal instruction in the first year would probably provide enormous benefit to many of these children, and allow a greater readiness for academic challenges in 6-12 months’ time. At the very least, children who display both learning and behaviour problems would raise "red flags" with respect to the possibility of underlying oral language difficulties.

Secondly, we need to determine ways of maximising the life chances of young people whose early experiences have been of adversity and early academic failure. Instead of a fatalistic “what can we do?” response (accompanied by a shoulder shrug), I’d like to see a genuine What can we do? approach that is powered by research rigour and persistence. Young offenders often have complex developmental and psychological needs, so there’s no question that language interventions will be complex and require sophisticated skill sets. In that sense, they will be expensive in the short-term. Our failure to address these needs, however, simply means that these problems morph into complex and entrenched behavioural and social difficulties that require longterm and expensive engagement with welfare, mental health, substance abuse, housing, justice and training services – sometimes for many decades. Sadly, there are high rates of inter-generational “replication” of early academic failure, early parenthood, and difficulty attaining marketable employment skills.

Why do young offenders have poor language skills?
There is currently no definitive answer to this, and I am reminded of a famous quote by H.L. Mencken (1880-1956) that

For every complex problem there is an answer that is clear, simple, and wrong.

If we think about determinants of health and well-being in a bio-psycho-social framework, however, we can see that future researchers will take both genetic and environmental factors into account in order to understand children’s highly uneven patterns of linguistic readiness and academic attainment in the school years and beyond.  Professor Dorothy Bishop’s recent blog post on biological and environmental factors in language development is a recommended read, as is this response, from Professor Susan Rvachew.

What matters in the short-term is the social gradient which exists with respect to language development and academic readiness on school entry.

A related debate, but one I will not pursue here, is the question of terminology – do these young people have language disorders, language impairments, or language deficits? I have never been fond of the term “specific language impairment” for this group, (even though their difficulties exist in the context of normal-range nonverbal IQ), perhaps perversely preferring the term “non-specific language impairment”. I realise though, that this is not a catchy term and will do little to attract research funding and/or services for those so-affected. Speech-language pathology and related disciplines, e.g. developmental psychology need to achieve consensus on this, so that the irony of confused language about language problems is resolved.

In the meantime, however, we need to ensure that social institutions such as schools cater to the widest possible parameters with respect to children’s capacity to adapt to, and thrive in the classroom. A skilled teaching workforce that is truly supported at policy and resource levels to apply evidence-based approaches to instruction, behaviour support, and community engagement would be a great investment for any community.

Why does it matter?
In addition to calling for ways of maximising all children’s access to academic achievement, the study of language skills in young offenders stands to inform:

I will come back to the issue of restorative justice conferencing and its verbal demands in a later blog post. For now, though, the final and thought-provoking comment goes to Rod Morgan, former head of the UK Youth Justice Board:

"It may be too much to say that if we reformed our schools, we would have no need of prisons. But if we better engaged our children and young people in education we would certainly have less need of prisons.  Effective crime prevention has arguably more to do with education than sentencing policy"

Tweet
Posted by Pamela Snow | The Snow Report at 15:42 No comments: