Anti-science and the science of reading. 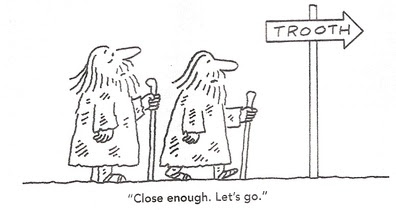 Professor Dianne Ravitch, who describes herself as “a historian of education and Research Professor of Education at New York University” has written a brief blog-post this week headlined “There is no science of reading”. Her blog-post is an endorsement of the US
National Education Policy Center (NEPC) March 20 Policy Statement on the Science of Reading.

In all of these fields (as indeed, in the science of reading field), scientific endeavours are ongoing, building incrementally on knowledge which is released via academics to practitioners. Practitioners then apply it, to be part of the knowledge translation loop that results in ongoing refinements of theories and their implications for policy and practice.

However, the science of reading has been the Cinderella of knowledge translation because of the resistance of some influential players to adopting the scientific method and changing their messaging as shifts in evidence occur.

If we left debate about reading instruction solely in the hands of Whole Language and Balanced Literacy advocates, it’s difficult to see how the discourse would have shifted at all in recent decades. What, for example, are most pre-service teachers learning in 2020, that is materially different from what they were learning in 2010? Or 2000? Or even earlier?

If we interrogate Balanced Literacy practices employed in the late 1990s what would we find?

And if we interrogate Balanced Literacy practices 30 years later in 2020, is anything different?

Back to the future.

The truth is that there is no settled science of reading. The research on reading and teaching reading is abundant, but it is diverse and always in a state of change.
is designed to foster knowledge translation paralysis and keep teachers in the dark with respect to shifts in understanding that occur in research circles about approaches that are optimal for all children, not merely for those who will likely succeed, irrespective of their backgrounds and the pedagogical rigour to which they are exposed.

When children do not succeed in Balanced Literacy classrooms the next step is to make blanket calls for better school funding, which understandably chimes with most teachers. Who would not want more money for their school? But there is a fixed cost to the tax-payer of having a teacher in a classroom. Would it not be better use of everyone’s resources for that teacher to be an expert on the current sate of play in the science of reading so s/he can apply this, in the tradition of scientist-practitioner that we promote in other fields such as medicine and psychology?

Ravitch also quotes and endorses the NEPC statement that:

This key idea of a “balanced literacy” approach stresses the importance of phonics, authentic reading, and teachers who can teach reading using a full toolbox of instructional approaches and understandings. It is strongly supported in the scholarly community and is grounded in a large research base.
I have written previously about the self-described instructional bricolage that is Balanced Literacy. Having everything in the mix does not constitute systematic instruction by knowledgeable teachers. And just who is the “scholarly community” that is being swept up into one convenient collective bundle by this generalisation? I am part of the scholarly community and I for one, did not sign up to have my views appropriated in this way.

Education legislation should address guiding concepts while avoiding prescriptions that will tie the hands of professional educators.
This is just another way of saying “let a thousand flowers bloom”, or “choose your own adventure” and is what sustains this ongoing mess. If Balanced Literacy was a success-story, why are such large proportions of children in English-speaking industrialised nations not reaching their reading (and academic) potential? Where will the jobs be for these future unskilled workers as our economies replace unskilled roles with artificial intelligence and other forms of technology?

Posts such as this recent one by Ravitch (and the NEPC policy statement on which it is based) are a blatant attempt to slow the march of science and in particular, to retard its transfer into the classroom, via transmission to pre-service teachers. Many in education bemoan what is sometimes seen as the low professional standing of teaching as a profession. There is no more sure way of keeping education in the professional esteem shadows than preaching flat-earth mis-truths such as “there is no science of reading”.

Some years ago, in Australia, there was a proposal prior to a federal election, to bring in a goods and services (consumption) tax. Do you know how this proposal was rolled? By a clever political slogan: “If you don’t understand it, don’t vote for it”.

Exactly the same meme is being plied at teachers with respect to the science of reading.

Unfortunately, there is abundant evidence that teachers in the main, are not exposed to the science of reading in their pre-service years (see references at this link). It is not surprising, therefore that many do not have an explicit grasp of such linguistic concepts as phonemes, morphemes, graphemes, syllables, phonemic awareness, phoneme-grapheme correspondences, digraphs, trigraphs, schwa vowels, and the need to teach these explicitly, with a scope and sequence in play.

But perhaps there’s another group who don’t understand it and so don’t vote for it: those in the academy and government who are stuck in a 1990s vision of what they would like the process of reading to be, rather than a 2020 science-informed position about its complexity and optimal ways of unlocking this for students.

The only reason that we are not closer to a consensus on what constitutes the science of reading (what the reading process is and optimal ways of teaching it) is the deliberate obfuscation and anti-science rhetoric of some in pre-service teacher education and influential policy roles.

We don’t have a science problem.
We have a rhetoric problem.

Vocabulary: The what, why and how. Brought to you by Nerdy Werdy**

Welcome to what is probably my all-time briefest blog-post.

This week, my La Trobe University colleague Emina McLean and I were going to give a presentation at the Bendigo Early Language and Literacy Community of Practice (BELLCoP) meeting about vocabulary development. World events in the form of a pesky microbe that won't take no for an answer have forced a change of plans, and we've now recorded our presentations (separately from the confines of social isolation, I hasten to add), and you can find them at the following links:

Emina has also written a fabulous blogpost about vocabulary development and you can find it here.

Happy listening and reading everyone and do stay safe in this scary* time.

*frightening, worrying, unsettling, disquieting, unnerving, nerve-racking......just to get you in the mood for vocab ;-)