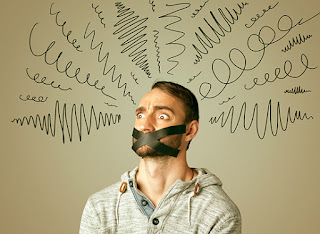 Could better reading instruction save lives?

There has been enormous media coverage in Australia (Victoria in particular) in the last week about the latest round of riots in a youth detention facility.  I am not in a position to identify the no doubt complex chain of events and background circumstances that led up to these riots, however it is worth noting that:

·         Victoria has a strong history of policy leadership in youth justice. We have a unique "dual track system" that enables (indeed encourages) magistrates and judges to sentence 17-20 year olds to youth detention facilities, rather than sending them to adult prisons, as occurs in all other Australian states and territories, and indeed in most jurisdictions in the developed world. When I have mentioned the dual track system to overseas conference audiences, I see eyes widen and heads shake in wonder. That is because these colleagues recognise that sending young people to adult prisons accelerates rather than slows their progression into serious, recidivist criminal activity, and removes them from prosocial influences such as education and vocational training.
·         Victoria has the lowest youth detention rate in Australia. This means, however, that those young people who are in custody are the most complex in terms of trauma exposure, child protection involvement, histories of school suspension and expulsions, and low academic achievement. Research by my group also shows that some 50% (conservatively estimated) of young offenders in Victoria have a previously undiagnosed language disorder, and there is an association between severity of offending and severity of disorded language skills. Language disorder was also more common in those young people who entered youth justice via a period of Out of Home Care on Child Protection orders. In a more recent study we conducted in NSW, 87% of the youth offender sample had experienced school suspensions and expulsions. As a means of changing their life trajectories, I think we'd have to agree that these approaches deserve a giant "FAIL"
·         Some 80% of the young people at Parkville Youth Justice are on remand. This means they have not been found guilty of current charges in the Children's Court and so are less likely than sentenced counterparts to engage in education and offender rehabilitation programs. The system needs to be better resourced to do a better job.
·          Given the time it takes many cases to be heard in the Children's Court, the remand period may exceed the ultimate sentence, meaning that these young people are then "discharged" from a volatile, unpredictable, and stressful environment, back into the community - another volatile, unpredictable, and stressful environment.
These are just a few of the reasons that media commentators and armchair experts should not be leaping to simplistic solutions that play to the well-loved "tough on crime" old jukebox favourite. If punitive approaches worked (which they do not), we would not need to be having this debate.

It might help if we thought about the school-to-prison pipeline and the intervention levers that can be pulled "upstream" to improve the life prospects of young people who come from low-SES, vulnerable families and communities, and who have been subjected to the soft bigotry of low expectations* from an early age.

While ways of effectively approaching the sad, complex, and often seemingly hopeless lives of young people in custody are as elusive as they are thin on the ground, we are not lacking in evidence about how to lift improvement in a key protective factor for vulnerable young people: making the transition to literacy.

Children cannot succeed academically if they do not make this transition, and they need to do so in the first three years of school, to prevent a yawning canyon opening up between them, their achieving peers, and the rapidly increasing language and literacy demands of the school curriculum.

Ironically, we do not need more research to know how to do a better job of teaching reading. We simply need to do a better job of applying the abundance of high-quality research that has been reported, replicated, and supported in three national inquiries (the USA, Australia, and the UK). My interactions with teachers, as well as research of which I am a part, affirms time and time again, that pre-service teacher education is not equipping teachers to teach reading in ways that are consistent with the recommendations of these national reviews.

Consider this alongside the evidence that young people who are starting from behind when they enter school derive a disproportionate degree of benefit from explicit teaching of phoneme-grapheme links at the start of their reading instruction. It's time to take a serious look at the school-to-prison pipeline and the role of early years practices in protecting at least some children from this most dangerous of trajectories.

Could better reading skills save lives?

I'll leave the final word on this to Rod Morgan, the former Chair of the UK, Youth Justice Board:

It may be too much to say that if we reformed our schools, we would have no need of prisons. But if we better engaged our children and young people in education we would almost certainly have less need of prisons. Effective crime prevention has arguably more to do with education than sentencing policy” (2007).


*This phrase is attributed to Michael Gerson, a speech-writer for George W. Bush.