Things have been rather quiet over at the Snow Report of late. As you might imagine, the reasons for that are many and varied, but chief among them is the fact that I have been ridiculously busy with writing projects. Associate Professor Philip Mendes (Monash University) and I are in the final throes of editing an international text on leaving state care (to be published by Palgrave in late 2016/early 2017), I've just finished a book chapter with Professor Jacinta Douglas (La Trobe University) on psychosocial aspects of pragmatic language impairments across the lifespan (for a forthcoming text being edited by Professor Louise Cummings, to be published by Springer in early 2017; and just to ensure that my fingers don't stray too far from the keyboard, Dr Caroline Bowen and I are well into the process of writing our book Making Sense of Interventions for Children's Developmental Difficulties to be published by J&R Press in (hopefully) early 2017.

So on most days, I look a bit like this (just with a slightly more crazed look in the eyes):

While the book with Philip and the chapter with Jacinta have had an exclusive focus on solid academic, peer-reviewed literature, our task of writing Making Sense is altogether different and has taken us down some bewildering tracks, where the light is poor, the language is highly impressionistic and brazen claims are a dime a dozen. We've both felt on a couple of occasions that we'd have to hand back our PhDs if our academic colleagues saw the kinds of websites we've been frequenting of late. Every so often we both need to push away from the desk and breathe deeply. There is soooooo much neuroflapdoodle out there!! We've been reminded too of the torture of the ancient figure Sisyphus whose labourious toil could never be completed, and some days we've had a pretty good idea of how he might have felt.

We've been reading both promotional websites as well as scouring the academic literature for evidence of evidence. The latter is a sometimes interesting exercise. The task of distilling information for the parents in particular (but also teachers and clinicians) whom we hope will be the book's readership is immense, and at times seems like it will have no end. We are endeavouring to cover as many of the well-known scoundrels as we can, as well as featuring some up-and-coming snake-oil merchants of lesser-known fame. Some approaches of course, make a modicum of theoretical sense, and look like they perhaps should work, though the evidence does not support this optimism. Others make good theoretical sense, but lack an adequate research base on which to make a sensible judgement at this point in time. And still others are just plain nonsense and would be laughable were it not for the parents whose hopes signal the next sale in the interventions bazaar (or should that be bizarre?).

I was reminded of the enormity of our task today, when a clinician emailed me about yet another technique that looks like it is deserving of a mention in Making Sense: Neuro-Fit Systems.

The Neuro-Fit website starts with the usual, generally OK-sounding, and difficult-to-refute nod to mainstream neuroscience


"The brain and body work together through the central nervous system comprised of neurons and neuropathways. This entire system relies on our senses to gather information from the world around us and transmit it to the brain through these pathways. Immature neural development, chronic stress, and traumatic events can produce inefficiencies in neuropathway communication."

However there are soon typical red-flags that should arouse concern on the part of parents, clinicians and teachers: its reference to a neurobiological approach (whatever that is), the fact that it is somehow a good fit for a myriad of disorders, and that like many snake-oil approaches that have gone before it (older readers of this blog will remember the Doman Delacato Technique), it is based on a neuro-sequential (patterning) approach. I'm not sure whether to be relieved or alarmed that Neuro-Fit staff are required to be first-aid qualified and to have "competitive athletics experience", but I can tell you that all of these factors and its reliance on testimonials rather than anything even resembling research mean that it is almost certainly an approach that clinicians, teachers, and parents should steer well clear of; regardless of what the good folk at Channel 7 have to say.

Caroline and I are facing a law of diminishing returns when it comes to the number of snake-oil approaches out there and the time (and words) available to us in Making Sense. 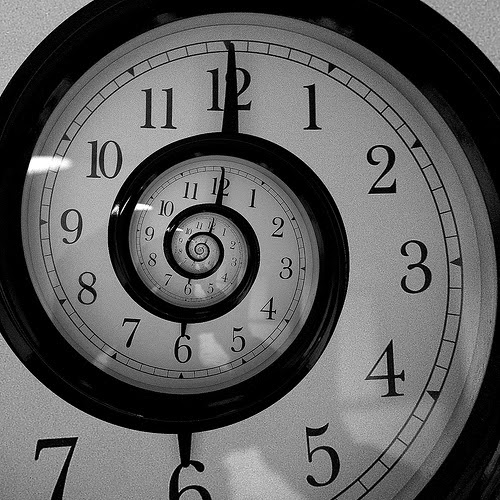 Oh, and yes, we are making space for those approaches for which evidence is at least promising. It's not all bad news.