Reading instruction in Australia can be informed by a pandemic. Here's how. 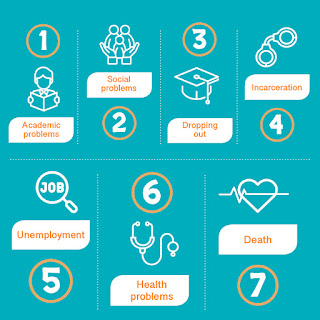 When 2020 dawned in Australia, we recoiled in horror at the unfolding tragedy associated some of the worst bushfires in decades. According to Wikipedia, “As of 9 March 2020, the fires burnt an estimated 18.6 million hectares, destroyed over 5,900 buildings (including 2,779 homes) and killed at least 34 people”. The devastation was catastrophic, but pleasingly, in terms of lives lost, we did considerably better than in the 2009 Black Saturday fires, in which the death toll (174 people), was five times higher. Adoption of at least some of the recommendations of the Royal Commission into the 2009 fires contributed to our improved ability to preserve people’s lives, if not property. A win for science-informed policy and practice, you might say.

Even while the fire season was still with us however, we became aware of a new threat looming, this time on the world stage: COVID-19. At the time of writing, there’s been 5.3 million cases of COVID-19 and 340,047 deaths, a staggering 96K of which have occurred in the USA and 33K in the United Kingdom. In Australia, we took advantage our geography as well as the narrow window of opportunity for some vicarious learning by enforcing a range of emergency public health measures: locking national and some state borders, closing spaces in which effective social distancing is impossible (schools, universities, places of worship, sporting, hospitality and entertainment venues) and requiring people to work from home. At the time of writing, we have had 101 deaths. Another win for science-informed policy and practice, you might say.

As someone who lives in Victoria (which along with New South Wales, has seen the highest number of cases), I have been impressed with the leadership and firm stance of our state government. While aspects of the restrictions had quirky inconsistencies in them, and there was a degree of frustrating back-tracking in the early days of lock-down, in general, our leaders have demonstrated two important qualities:
So, this just goes to show that when we all agree that the stakes are high, we can use scientific principles and bear down to effect necessary change and avert disaster. Not only that, we can respond in a reasonably nimble way.

Why then can this same disciplined thinking not be brought to bear on the teaching of reading?

Let’s have a look what we might take away for reading instruction, from lessons learned from protecting a community from a deadly microbe:

1.     In both cases, we need to be thinking at the level of the population, i.e., of what will produce the best outcomes for the largest number of people. In responding to a pandemic, we have not been side-tracked and distracted by anecdotes about exceptions, such as Aunty Glad and Uncle Warren who went on a cruise, had a lovely time, came home unscathed and are looking forward to cruising again next year. Such exceptions do not mean that cruise-ships responded well to the unfolding saga, any more than you having a cousin who “learnt to read without any phonics instruction” means that applying scientific evidence in reading instruction does not matter in the face of the unfolding catastrophe of educational failure.
2.     In responding to COVID-19, we have made a priority of protecting the vulnerable, such as elderly people and people with chronic illnesses. We have known from the outset that they would bear a disproportionate burden of a flawed response to this public health threat and we have not blamed them for their vulnerability. Sadly, we know that some children come from positions of vulnerability with respect to early reading success, yet we do not put our public health thinking caps on and expose them to the most effective preventative interventions in our toolkit. Instead, we let them fail and blame this on their vulnerability, their poor families, and/or the presumed failure of their parents to read to them in the pre-school years.
3.     We have scorned anti-science thinking. This has been nowhere more evident than in our response to the US President suggesting that it might be worth us all having a go at injecting ourselves with disinfectant. This is an extreme example of anti-science thinking for sure, but it is unfortunate that commentators are not as quick to respond to the pervasive and established anti-science thinking of those teachers and education academics who promote early reading instruction approaches that directly poison children’s chances of becoming successful readers (see here, here and here.
4.     Our state leaders have made short-term discomfort and inconvenience play second fiddle to the demands of science. This has meant that when the community has had the logic of restrictions explained, they have complied, even though inconvenience resulted and significant behaviour change was required. Why then, can we not have a conversation with the community about the logic of changing our approach to early reading instruction, so that we see something closer to 95% success rather accepting that some children will just have to be instructional casualties?
5.     Like a virulent microbe such as COVID-19, low literacy is a public health threat. It just runs at a slower burn with respect to the rate at which it destroys lives and communities. There is currently no vaccine for COVID-19, but if there was one that offered protection to the majority of the community, taxpayers would want it backed. This is especially the case if the vaccine costs no more than usual public health measures in place to keep the population well.
There is protection against illiteracy available for the majority of the community, and it comes in a capsule labelled “effective reading instruction”. It is a slow-release formulation with no side-effects and it works effectively for most, when administered by skilled, well-trained practitioners.
In first-world nations, we have long been lulled into the false security of not having to think much about public health principles in our day-to-day lives. COVID-19 has changed that by posing an immediate threat to life and showing us that it means business. In a world in which opportunities for unskilled, semi-literate workers are vanishing, I hope that we will see clever policy makers applying public health principles to the slow-burn pandemic of low reading achievement.