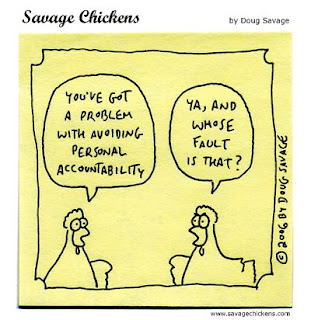 Imagine that some time later today, you start to feel creeping pain in your chest. You also feel a little sweaty and nauseated. A concerned family member doesn't like the sound of your symptoms (or the look of your increasingly pallid complexion) and decides to take you to the nearest Emergency Department.

What do you expect will happen next? Do you think you will be receiving care that is based on state-of-the science evidence (that will, among other things involve a pretty immediate ECG), or is it OK for the resident medical officer on duty to suggest that you should have a seat back in the waiting room for a bit, while the nursing staff observe you? After all, you may not be having a heart attack at all; you may simply have over-eaten at lunchtime, and be experiencing severe indigestion. You could also be having a panic attack, because of the stress you've been under of late.

The doctor, you see, as the expert in the room, is charged with the responsibility for deciding what happens next.

Our unstated assumption, of course in these scenarios, is that some pretty good science is going to be applied, via an empirically-derived algorithm that dictates to doctors how they should respond in this situation. Yes, you read that correctly - dictates to doctors. But hang on a moment, aren't doctors professional people who make autonomous decisions?

Well, yes but no.

What does it actually mean to be a member of a "profession"?
Here's what the Professional Standards Councils website has to say on the nature of a profession:

A profession is a disciplined group of individuals who adhere to ethical standards. This group positions itself as possessing special knowledge and skills in a widely recognised body of learning derived from research, education and training at a high level, and is recognised by the public as such. A profession is also prepared to apply this knowledge and exercise these skills in the interest of others.

I'm going to focus here on these key words contained above:

We would expect, I think readers will agree, that the medical registrar at our local Emergency Department has an in-depth body of knowledge derived from research, has been educated and trained (yes, trained!!!) to a high level, and is prepared to apply this knowledge and skill in your best interests. If you really are having a heart attack and our med reg opines that you'll be OK in the "watchful waiting" triage category, we (and you in particular) have a problem.

But the key thing here is that being a professional does not mean "choosing your own adventure" with respect to decisions made and approaches adopted. Being a professional is actually about accountability - both to scientific evidence, and to the community.

Education's problematic relationship with evidence has been the subject of many commentaries, including this one, by Dr Kerry Hempenstall, Senior Industry Fellow, School of Education, RMIT University in Melbourne (note, the bolded emphasis is mine):

“Education has a history of regularly adopting new ideas, but it has done so without the wide-scale assessment and scientific research that is necessary to distinguish effective from ineffective reforms. This absence of a scientific perspective has precluded systematic improvement in the education system, and it has impeded growth in the teaching profession for a long time (Carnine, 1995a; Hempenstall, 1996; Marshall, 1993; Stone, 1996). Some years ago in Australia, Maggs and White (1982) wrote despairingly, “Few professionals are more steeped in mythology and less open to empirical findings than are teachers” (p. 131)”.

Fidelity to the scientific method is central to the notion of professionalism in fields such as medicine, aviation, and engineering, all of which, like education, have human civilisation and progress at their core.

Education and medicine, for example, have a great deal in common; they both concern people, interactions between people, complex co-occurrences, and hard-to-control (actually impossible to control) variables, such as race, gender, ethnicity, religion, intelligence, empathy, sometimes unpredictable and seemingly inexplicable behaviour, resource limitations, and the need to establish trust and rapport.

Most importantly, both have to deal with uncertainty, coupled with a weight of responsibility and accountability to communities, peers, and policy-makers for outcomes.

The definition of profession above also refers to adherence to a set of ethical standards. In medicine, there are four ethical pillars: respect for autonomy (that of patients, not professionals), non-maleficence, beneficence (doing good for others), and justice. I'd like to focus here on non-maleficence, a term that may be new to people who work outside health. In a nut-shell, it means, not doing harm to others.

It is easy to forget that employing practices that are unintentionally harmful (such as discredited reading instruction approaches) is still harmful to the end-user, in this case young children. Children (and their parents) are not in a position to give or withhold informed consent to their exposure to sub-optimal reading instruction, and nor can they press "re-wind" and have the experience again in a more beneficent way. They need to be able to trust that they are receiving scientifically-informed, current best-practice, in the same way that you need to be able to trust the care you will receive in your local Emergency Department.

Why use analogies concerning other professions such as medicine and engineering when discussing education? Because they give pause for thought about the balance between autonomy and accountability that all professions must strike. The only people who object to such analogies are the ones who know how well they hold up, and in what a poor light they portray education.

Let's have a look at the catastrophe that occurred in 1975, during the construction of Melbourne's West Gate Bridge. Tragically, computational errors made by engineers resulted in the collapse of an incomplete span, and the death of 35 workers (and serious injuries for a further 18). Like medicine, when mistakes occur in engineering, the results can be not only catastrophic, but immediately visible.

In education, the results of mistaken practices based on poor or non-application of the best available scientific evidence can also be catastrophic, though rarely so immediately visible. This makes education's mistakes easier to re-attribute, e.g. to the family backgrounds of students, or to the funding levels of the school they attend. Sub-optimal reading instruction in the first three years of school, for example, forms the basis of a corrosive disengagement from learning and invites a raft of psychosocial sequelae that are painful for students, teachers, and parents, and costly for communities to redress (if indeed true redress can be achieved).

Contrast this, with the Engineering Garden at Melbourne's Monash University, that houses an installation of pieces of the twisted wreckage of the ill-fated West Gate Bridge.

Why are these tortured pieces of metal displayed outside the University's Engineering Building? To remind engineering students of the consequences for society of errors in their practice.

Perhaps education could take a leaf out of engineering's book on this level of sober self-reflection. Doing so would elevate the community-standing of its graduates enormously, by privileging ethical standards and accountability alongside autonomy, and education and training at a high level, in the way that the Professional Standards Councils demand.

Children's futures are sold-out by ideology-driven early instruction, but the catastrophes that ensue don't make front-page news like air crashes or bridge collapses. However, if planes fell out of the sky, and bridges collapsed with the regularity with which children reach secondary school with severely under-done language, literacy, and numeracy skills, you'd be reading about it on the front page for sure. 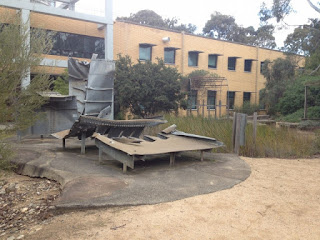