Yesterday I was very fortunate to be part (as an observer) of researchED, at the Shore School in Sydney. Apart from my keen anticipation of meeting a number of Twitterfriends in person for the first time, I was also excited to be part of a very deliberate attempt to move educators and researchers closer together over the shared passion of improving academic outcomes (and subsequent life chances) for all children.

researchED is the brainchild of Tom Bennett, whose brief bio you can read here. Tom has already blogged about his reflections on the success of the day yesterday, as has educator Greg Ashman, who was also in attendance.

So - I won't go over the highlights of the day here, as you can read about those in some detail at the links above.

I would however like to share a key reflection concerning the panel discussion that opened the day. The panelists were all distinguished speakers whose views and perspectives I was keen to hear: Emeritus Professor Kevin Wheldall (Macquarie University in NSW), Professor Stephen Dinham (University of Melbourne), and Dr Kevin Donnelly of the Melbourne-based Education Standards Institute and Australian Catholic University. I would have loved this session to go on much longer and for there to be greater opportunity for audience engagement with these key players in contemporary education policy discourse.

However I was surprised and disappointed to hear Dr Donnelly comment (and I am paraphrasing here) that people should stop comparing education with medicine, and that calls for "evidence-based research" (his term, and I did wonder whether it was a bit of a slip of the tongue - did he mean "evidence-based practice" perhaps?) were misplaced, as education, unlike medicine (so Dr Donnelly would have us believe) is a craft, and we cannot expect teachers to rely on science alone (as Dr Donnelly might have us believe occurs in medicine - that was the implication as far as I could see). Dr Donnelly went on to say that teachers have "good crap detectors" (his words, not mine), and we should rely on those, rather than expecting teachers to draw on published rigorous research about "what works" in the classroom.

Now, I had been out to dinner the night before, catching up with some very good friends, and I had probably had a slightly later night than I should have, so I did wonder initially whether I had misheard.

Let me briefly summarise the reasons for my surprise: 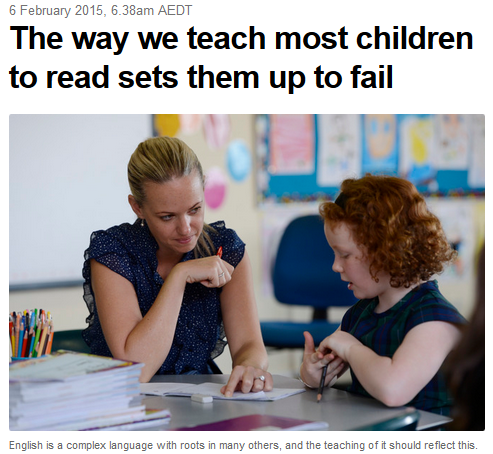 Like many people of my generation, I was reared on the firm axiom that when in company, one didn't discuss religion or politics. Such was the risk of inadvertent offence to third parties, that it was considered poor taste and insensitive to venture into these conversational waters. As an adult with an interest in early reading instruction, I have had to get my head around the fact that this topic seems to have features of both of those no-go zones from my childhood. There is a definite political dimension to the question of where reading instruction fits in the wider pedagogical landscape and there is also something of a religious fervour when it comes to the passionately-held beliefs around this topic.

The big deal is that too many children never make it to the other side when it comes to learning to read, and their education, mental health, and overall life-chances suffer as a consequence. If you need evidence of this under-performance, have a look at how Australia performed on the Progress in Reading Literacy Study (PIRLS) in 2011. This data shows that a staggering one quarter of Australian Year 4 students  had not attained expected standards in reading, and 7% of these performed extremely poorly. Australia is a first-world economy that should not be punching this far below its weight. The picture for adults is not very rosy either, with Australian Bureau of Statistics data showing 43.7% of people scoring at or below Level 2 reading, on a 5-point reading scale. This very poor performance is not lost on Australian employers, with the Industry Skills Council of Australia releasing a report (No More Excuses) in 2011 in which it stated that

"Literally millions of Australians have insufficient language, literacy and numeracy (LLN) skills to benefit fully from training or to participate effectively at work. The situation looks as if it could be getting worse, not better: the LLN performance of Australian students has, over the past decade, worsened in comparison to other OECD countries". 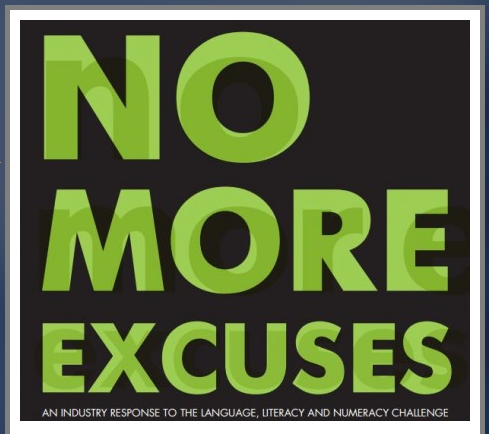 So when Melbourne speech pathologist Alison Clarke and I published this piece on The Conversation last week, we anticipated some strong reactions, but in the main, we were pleasantly surprised by the comments and level of engagement in the forum.  The essential argument behind the article is that the teaching solution to English's tricky orthography is not Whole Language (WL) based instruction, but rather the use of Systematic Synthetic Phonics (SSP).

As many readers of this blog will be aware, basing early reading instruction around SSP was a key recommendation of the (Australian) 2005 National Inquiry into the Teaching of Reading. Unfortunately, however none of the recommendations of this inquiry appear to have been adopted by any state or territory and many teacher education programs continue to operate within a predominantly WL framework. Given the hold of WL thinking on teacher education since the 1970s, this means that we now have a generation of primary school teachers who themselves were not given an explicit mastery of how language works - where words come from, what their component parts mean, what the rules of grammar and punctuation are, and so on.

So it's a big ask, expecting a teaching workforce that was not itself equipped with this knowledge, to take enthusiastically to approaches such as SSP - approaches which in many cases they did not experience themselves as children, and so they may seem alien to the process of learning to read.

Many children make a fairly seamless transition to literacy, as a result of fortunate biological and environmental circumstances. Many others, however don't, and these are the ones who have very often missed out on the critical toolkit of decoding skills that able readers use when they encounter unfamiliar words, particularly when the pictures have gone.

Decoding skills, like the foundations of a house, are necessary but not sufficient. If you don't build a house on solid foundations, its walls won't stand and even a mild storm could do lasting damage. With solid foundations in place, however, the walls and roof can be made secure so that even a Force 10 gale won't budge the structure. So too with SSP - this approach in and of itself won't produce proficient and engaged readers, but along with targetted work on vocabulary, comprehension skills, syntactic mastery and narrative skills, will in all but a small number of cases, ensure that a child is on the road to reading.

Doesn't this sound a lot like "Balanced Instruction"and wouldn't that be a good idea?

Well it might be a good idea, if we actually knew what Balanced Instruction was, and could be confident that what it means in one classroom is similar to what it means in another. If Teacher A devotes 70% of her time to phonics and the remainder to Whole Language strategies, while Teacher B reverses these proportions, it makes no sense to put them together for research purposes and call them both "Balanced Instruction". If we did so, we would be comparing apples and oranges. In practice, Balanced Instruction probably has more features of WL and a more modest nod to phonics, though not of the systematic synthetic variety, more of the analytic phonics approach. 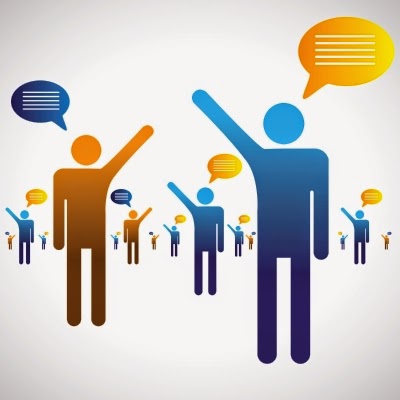 At the time of writing, our little piece on The Conversation has been read by nearly 70,000 people and has been shared on Facebook >2,700 times. We don't for a a moment imagine that all of those readers agree with our views. However, we are delighted that so many people do think that whether and how children learn to read, and how teachers are taught about this, are matters we need to debate, rather than being taboo topics.