Can we just leave the brain out of this please? 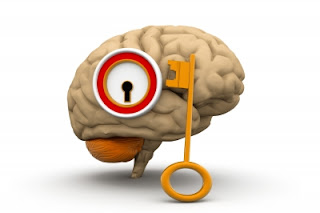 It might sound like a strange request from someone who has spent much of her professional life trying to achieve a modest grasp on the modest body of knowledge about how the human brain functions....but enough is enough!

Often posts on this blog are motivated by my frustration at something in the media that goes against the evidence-based practice grain, but happily this post is (mainly) motivated by two excellent pieces this week, both calling for more straight-talking and less "neurobollocks" in the education sphere. The first is by Melbourne Speech Pathologist, Alison Clarke, and was published in The Age and Sydney Morning Herald: Children with learning difficulties need programs based on science, not anecdote and neurobabble and the second was published on The Conversation, by Jared Cooney Horvath and Gregory Donoghue, PhD students at the University of Melbourne: So much talk about ‘the brain’ in education is meaningless.


If you work in education, as a teacher, clinician, or researcher, I'd strongly recommend that you read both pieces. Their central thesis is that "neuro this" and "neuro that" is blindsiding sensible people to the simple notion that learning and behaviour are observable, but human brains are not. Teachers have never been able to directly observe children's brains at work, and it's probably better if things stay that way. Even in the bizarre, science-fiction world where that was possible, seeing the brain "working" may not equate to seeing a child learning, or behaving in a settled and focussed way. We already over-attribute from functional MRI studies, so rather than getting excited about "changing brains" it would be awesome if we could instead focus on changing knowledge and skills. This seems to be an ideologically distasteful position to some, and is clearly not nearly exotic enough for those who have been stung by the Cupid's Bow of neuroscience.

The article at this link is an example of what happens when people are bedazzled by neuroscience - they start to think that a common-sense decision like giving children breakfast is some kind of sciency innovation that no-one has thought of before. The teachers at this school also set ambitious goals for their students, and take a careful approach to analysing and understanding behaviour and emotions. Wonderful. But these approaches have nothing to do with neuroscience, and everything to do with good cognitive, behavioural, and developmental psychology.  Like many others, I am very impressed with the clear gains that this school has made, but why do they need the pseudo-imprimatur of being called "neuroscience"? Were they not good enough for the children of 2015 previously?

To presenters of professional development sessions for teachers, I say this:

Unless you are a qualified neuroscientist, you probably shouldn't be talking about neuroscience. It's not subject matter than can be done justice by people without proper credentials, and most importantly, without a realistic grasp of the limits to their knowledge and the (major) limits of the modest applications of neuroscience in education.

To teachers attending PD sessions in which neuroscience is discussed, I say this:

Maintain a high level of skepticism. Ask questions, such as

Talk of the brain is, unfortunately, the latest fashionable distraction in education. Cognitive psychology has given us decades of evidence about what works / helps / detracts in education, but that has become the Cinderella to neuroscience's rather noisy, if not ugly, sisters.


Let's do our teacher colleagues a big favour and stop this run-away neuro-brain-train before it becomes the next generation-long disaster in education.
I hope we're not already too late.

Tweet
Posted by Pamela Snow | The Snow Report at 19:48 No comments: