Can't teachers be part of the solution? 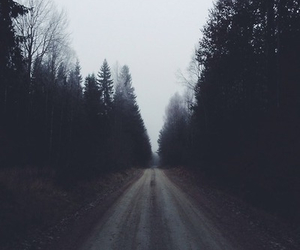 It's been a pretty depressing week in Australia for people interested in trying to find ways of improving outcomes for students in Australia whose performance sees them lagging behind (a) others in this country and (b) international peers. The latest PISA and PIRLS results are depressing enough in themselves, given the continued decline they reflect across the core areas of maths, science, and literacy. Perhaps more deeply worrying though, is the highly divisive debate that has erupted on social media platforms such as Twitter regarding how we can trade our way out of this mess.

In recent days I've witnessed every kind of logical fallacy, straw man distraction and ad hominem attack imaginable, largely from the loose alliance of education academics whose staunch opposition to discussing classroom practices is something that can only be likened to climate change denial for its anti-intellectual, anti-science stance.

I have been busy over the last two decades, doing my bit research-wise in the oft-referenced "long tail of under-achievement". My research concerns young people in the youth justice system, those in Out-of-Home care, those in flexible/alternative education systems, and those in disadvantaged schools and communities (and very often all four categories coalesce of course). These are the young people who need to encounter an education system that is primed and ready to teach them, and to quickly catch them up on key developmental assets (such as vocabulary and world knowledge), so that they can join the mainstream of successful learners.

Let me be very clear in expressing my support for fairer education funding models in this country, and in particular for students with additional needs. However, as I have noted previously on this blog, no amount of money will change what teachers are taught in their pre-service education, nor what they do as a consequence, in their classrooms. Take for example, the science of teaching reading - yes, there is an actual science behind the optimal ways of ensuring that all, not just some children make this magical transition in the first few years of school. Little of the cognitive science seems to make its way through to teacher pre-service education, however, being supplanted by Whole-Language favourites such as Three Cueing and a huge emphasis on sight-words as a starting point, rather than the early systematic teaching of essential decoding skills. I can produce many online examples that show that peak teaching bodies have not grasped the nettle of what evidence-based phonics instruction actually means, preferring instead to park the Trojan Horse of so-called Balanced Literacy outside the classroom door. I am not doing so here, however, because my point is that the knowledge-to-practice pipeline is severely clogged by ideological waste, and that is in no way the fault of classroom teachers.

My interactions with classroom teachers are invariably lively, positive, mutually informative, and underpinned by genuine curiosity about how to best work together to do things better/differently in order to strengthen student outcomes. Unfortunately, my interactions with some education academics leave me pondering the proposition that we can't expect teacher pre-service education to actually teach beginning teachers anything much at all. The sense of nihilism is breath-taking.

Can't teachers be part of the solution?

The view that solutions to our current challenges all sit in either funding and/or political fixes seems particularly disempowering to classroom teachers, who are confronted on a daily basis with the challenge of trying to engage struggling learners, many of whom develop secondary behavioural and/or mental health problems as a consequence of their academic under-achievement. These make school an unhappy place for everyone, teachers included. Suspensions, exclusions and early departure are the offerings for vulnerable students with inadequate academic runs on the board.

So (we would be told) these students do poorly because of who they / their parents / their communities are, not because of how they have been taught. This reflects the so-called "soft bigotry of low expectations" I have referred to previously.


Teachers cannot become serious players in changing the outcomes for vulnerable learners until education academics, teacher unions, and literacy peak bodies are prepared to place children at the centre of the debate, rather than their own ideological patch or bias. This means acknowledging that there are some cherished classroom practices that are not serving all children as well as they should, particularly children who are starting from behind. These children will continue to under-perform on any academic (and life)  measures without the best instruction current educational science has to offer - irrespective of whose ideology this aligns with.

I'll bookmark this post, because I am pretty sure we'll be coming back to the same depressing responsibility-evasion when the next round of international data is released. 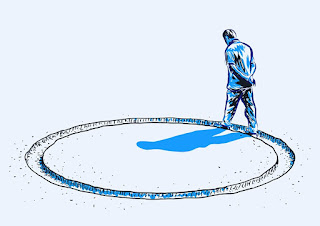 Tweet
Posted by Pamela Snow | The Snow Report at 04:41