Teaching them how to read is probably one of the most important duties a civilised society owes to its children. Being able to “lift words off the page” and understand their meaning is transformational as a life skill. It transports one mind into the thought processes, experiences, and world view of another, even though the author of those thoughts and views is not physically present (and may even have been dead for several centuries). It enables mundane but essential everyday life tasks to be effortlessly completed – reading a timetable, following medication instructions, responding to an email, checking items off a shopping list…..the possibilities are endless. Much in all as we might like to believe all students will evolve into adults who read for pleasure, many literate adults do not count reading among their leisure activities. It is simply something that assists with business of everyday life, and that's OK.

Image source
Of course we would not need to engage in endless hours of public and private debate about reading instruction, if a greater proportion of children were achieving (or even better, exceeding) curriculum benchmarks on time, and going on to engage with their ever more complex curriculum. This debate would be even more redundant if the children who start from behind (for a range of biopsychosocial reasons) were seen safely across the bridge to literacy in the first three years of school, courtesy of rigorous reading instruction delivered by teachers who are knowledgeable about the structure of language and how to explicitly and incrementally convey this knowledge to novices.

Sadly, however, in Australia, we leave a significant proportion of children out in the cold when it comes to the transition to literacy, and their lot in life entails falling further and further behind their more able peers. This phenomenon has been referred to as The Matthew Effect in the reading literature. It casts a fixed shadow over the lives of children who don’t master the basics of reading and spelling in the first three years of school. Our workforce increasingly demands skilled workers, and has less and less on offer for those who exit school without marketable work skills (and make no mistake, literacy and numeracy are still, in 2017, highly valued by employers and likely to remain so well into the future).
In spite of three international inquiries into the Teaching of Literacy (US, Australia, and the UK), it’s difficult to see what has materially changed in early years reading instruction in the last 15-20 years. Sure, there has been a strategically savvy re-badging of Whole Language-based instruction as “Balanced Literacy” – a move that enables a generally tokenistic (begrudging, some might say) and conditional acknowledgement of the importance of phonics instruction. However, as I have noted previously there’s phonics instruction and there's phonics instruction, and I am yet to see a Balanced Literacy article that advocates for explicit, systematic synthetic phonics instruction as the staring point (and am always happy to be pointed in the direction of anything I have missed). In fact, it could be argued that it would be a logical inconsistency for this to be proposed given that Balanced Literacy draws on such a strong Whole Language lineage.
There is a great deal of mis-information circulating in Australian educational circles at the moment, whipped up to new levels in the context of a proposed Year 1 Phonics Check. Some of this contains emotive references to "heavy phonics instruction" (whatever that is), and "a soley phonics approach" (I don't know what that is, either).
Further, A/Prof Misty Adoniou (University of Canberra) asserts that  “We can be fairly certain that the 15 year old students who are underperforming on PISA or NAPLAN know their sounds. Phonic knowledge, or lack of it, is not the problem. They are performing poorly because they cannot comprehend what they are reading. They have poor vocabularies and cannot follow sentences that employ more complex language structures. They cannot read between the lines, they don't pick up nuance and inference.”
There are two problems with this statement:


Much is also made in Australian education circles of the importance of "authentic literacy experiences" as a counterpoint to spending (aka "wasting") time on explicit phonics instruction. Contrast this  position with the views expressed by Harvard University reading expert Professor Catherine Snow (no relation) and her colleague at Stanford University,  Emeritus Professor Connie Juel  who observed in 2005 that

Explicit teaching of alphabetic decoding skills is helpful for all children, harmful for none, and crucial for some.

When I taught my now adult children to drive, I did not do so by offering them “authentic motoring experiences” from the outset. Instead, we started in safe, uncomplicated places (in our case, because we live in a rural area, the local cattle sale-yards on a Sunday afternoon). As they became familiar with the role of the three pedals (yes, dear reader, my children learnt to drive manual cars), the response of the steering wheel to being turned, the pressure needed on the brakes to come to a gradual, as opposed to a sudden stop, and the intricacies of operating windscreen wipers and indicators, they developed a degree of automaticity with the driving process. Only then, with the cognitive load associated with handling the car under control, did we venture into “authentic” driving experiences on the road – and even then, this was graduated. We did not progress from the sale-yards to peak-hour traffic in Melbourne, or Victoria's beautiful but challenging-to-drive Great Ocean Road in one step. Along the way, of course, they accrued hours and hours of practice, in different driving conditions, and we all became more confident in their emergent skills. 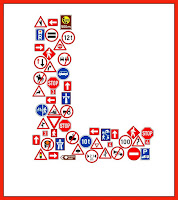 Similar 101 learning principles can be seen at work across a range of skill areas. Do children become proficient pianists by being asked to read (and play) Mozart sonatas at the outset? No. Do children learn to ride bikes by being placed on a two-wheeler and given a push from behind? No. Do we expect surgeons to learn how to perform coronary artery bypass procedures by being thrown a scalpel and told to “just have a guess” at which artery of their anaesthetised charge to snip? No.

Strangely, however, these 101 learning principles do not seem to apply to the teaching of reading, where instead, there is an emphasis on the “authenticity” of the literature experience at the outset.
I am as much a fan of beautiful children’s literature as the next person. I am a speech pathologist and I love language – in all its guises and levels. I am a mother and grandmother and have a home full of beautiful children’s literature. Nothing gives me more delight than sitting down with my nearly two-year old grandson and sharing a beautiful children’s book with him – typically one of his choosing, sometimes a picture book, sometimes a story book. It’s too early to say of course, but by virtue of a happy planetary alignment, he is likely to be one of those children who skips seamlessly across the bridge to literacy in his early school years (if not before). What of his peers who are not so blessed?  Will immersion in beautiful children’s literature in the early years of school allow them to catch-up and make the life-changing transition to reading? The evidence suggests the answer  to this question is no.
I “get” why early years teachers and their umbrella organisations are enthralled by beautiful children’s literature. I am too. What I don’t get, is why it is OK for this fascination to take precedence over the actual learning needs of actual children who don’t cross the bridge to reading and writing via these “authentic” experiences. 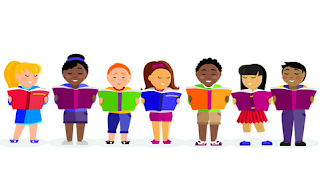 All children need to learn to decode.  Some do so easily, while others require explicit and prolonged instruction on this aspect of reading. Who will teach the children who do not learn to decode via standard-issue incidental, embedded approaches attached to “authentic” texts? Such approaches fail to address the need many children have for incremental and explicit mastery of the knowledge and skills needed to get off the decoding blocks and into the world of beautiful literature. Is this the job of speech pathologists, with their limited time and availability to work across three tiers in Response to Intervention models in schools? Do parents need to pay for remedial teaching? Do tax-payers need to keep putting their hands in their pockets to fund Whole-Language-based fixes for Whole Language based instructional casualties?

If we’re going to use the word “authentic” then let's also stare down the inauthenticity of putting educator preferences (ideological and aesthetic) above the educational needs of children – in particular those who start from behind, and are doomed to stay behind. 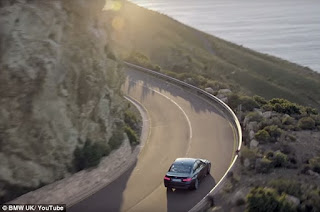