The Science of Reading and Chesterton's Fence

It’s January 2021 and as I’m sure you've noticed, the world’s best and brightest microbiologists, virologists and immunologists are working around the clock to throw everything that science has at a microbe that at the time of writing has caused 1.98 million deaths, wreaked havoc in people’s lives and damaged global economies. This is not a blogpost about COVID (collect sigh of relief) but it is a blogpost about science, and how we humans have a peculiar tendency to work against our own best interests in some aspects of improving life on earth.

One of the ways in which we make life hard for ourselves is by destroying things because we don’t understand their value or original purpose. In 1929, English writer, philosopher and polymath Gilbert Keith Chesterton (1874-1936) wrote a book called The Thing, in which he stated (emphasis mine):

In the matter of reforming things, as distinct from deforming them, there is one plain and simple principle; a principle which will probably be called a paradox. There exists in such a case a certain institution or law; let us say, for the sake of simplicity, a fence or gate erected across a road. The more modern type of reformer goes gaily up to it and says, “I don’t see the use of this; let us clear it away.” To which the more intelligent type of reformer will do well to answer: “If you don’t see the use of it, I certainly won’t let you clear it away. Go away and think. Then, when you can come back and tell me that you do see the use of it, I may allow you to destroy it.

Now I know many readers of this blog will be familiar with the history of reading instruction and will see parallels here in how reading “reform” occurred during the twentieth century. Whole Language advocates (later followed by Balanced Literacy descendants) wandered into the field (literally and metaphorically) and saw some fences and gates, such as explicit teaching of how speech and print map to each other, could not see their point, and so ordered their removal. And removed they were. This is a classic example of what Chesterton described as “first order thinking”, as noted by the team at Farnam Street. Resonance with the history of reading instruction will become even stronger as you read on (emphasis is mine):

Everyone can manage first-order thinking, which is just considering the immediate anticipated result of an action. It’s simple and quick, usually requiring little effort. By comparison, second-order thinking is more complex and time-consuming. The fact that it is difficult and unusual is what makes the ability to do it such a powerful advantage. Second-order thinking will get you extraordinary results, and so will learning to recognize when other people are using second-order thinking.

First order thinking in reading instruction yielded the apparent simplicity of a field without what seemed like an unnecessary fence in the middle of it. Decades later, we can see the forethought of those who put the fence there, as well as the downstream havoc created by its impulsive and reactive removal. Examples of this havoc are a current teaching workforce who were themselves subjects of the Whole Language experiment and were not taught to spell, were not taught the rules of grammar and lack an explicit understanding of how spoken and written language work. Sure, some have picked these things up along the way, but hit-and-miss is hardly a strategy for teaching children, let alone preparing a workforce and guarding against the loss of cultural capital that is encoded in spoken and written language.

Since the 1980s, many teachers, academics, clinicians and policy makers have struggled valiantly to explain to decision-makers why this first-order thinking was so gravely flawed. There’s been three national inquiries (the USA in 2000, Australia in 2005 and the UK in 2006) all one way or another stating that the fence should not have been removed and recommending its reinstatement.

There’s been the ongoing march of reading science, affirming the need for this fence if all children, not merely a fortunate subgroup are to learn to read. There’s been ground-up action by parents, despairing of the distress and shame experienced by their struggling offspring.

And still in 2021, we see first-order thinking manifesting itself in statements such as “there is no science of reading*”. Back to Farnam Street (emphasis mine):

Chesterton went on to explain why this principle holds true, writing that fences don’t grow out of the ground, nor do people build them in their sleep or during a fit of madness. He explained that fences are built by people who carefully planned them out and “had some reason for thinking [the fence] would be a good thing for somebody.” Until we establish that reason, we have no business taking an ax to it. The reason might not be a good or relevant one; we just need to be aware of what the reason is. Otherwise, we may end up with unintended consequences: second- and third-order effects we don’t want, spreading like ripples on a pond and causing damage for years.

So – why do we continue to be plagued by first-order thinking in reading instruction? It’s not uncommon to hear claims such as “there is no science of reading”, “every child learns differently”, and “teachers should be trusted to use a range of approaches”. Reading instruction has been the subject of close human inquiry for decades (at least), and over time, brick-by-brick, we’ve amassed a body of knowledge about what reading is, how best to teach it so that all children, not just a lucky subset succeed, and how to identify and support those who struggle.

Is this knowledge base complete, perfect and settled? No, of course not.

Do we know enough to be able to recommend system-wide practices that should be adopted or ceased? Yes.

Do we systematically work from the same songbook on this? No.

Like Chesterton’s Fence, this knowledge was not created by accident or on a whim. No one built it in their sleep. Rather this particular fence was built slowly and carefully, and like all scientific endeavours, with imperfections and the need for repair and revision along the way.

If, however, in 2021, you claim “there is no science of reading” you are saying you don’t understand the need for the fence that was built by our predecessors and you will be prone to do wilful damage to it, or at best, to neglect its maintenance.

If you assert that “there is no science of reading”, then these are the kinds of first-order Chesterton’s Fence thinking errors you are making:

1. Decades of generally rigorous research conducted by knowledgeable, well-motivated and disciplined cognitive scientists, educational psychologists, neuroscientists and so on tells us nothing about what reading is as a human skill.

2. Because you don’t understand the science, it can be neglected or torn down.

3. Because you don’t understand the reading fence, you can also dismiss related bodies of knowledge in human cognition, perception, learning, language and memory.

4. We’ve learnt nothing in the last 50-plus years that can be usefully applied by teachers and so should be consistently taught to pre-service teachers when they are at university.

5. Teaching is really just a craft, not guided by a body of scientific knowledge (metaphorical fences), but in spite of this, teachers should be afforded high professional standing in the community.

6. We know nothing about how to identify and support struggling readers.

7. Some children can’t be taught / were not read to enough as infants / don’t have enough books at home / don’t want to learn / will get there when they are ready.

9. Becoming a reader is no different from developing oral language and we will poison children against reading if we use formal instruction.

10. The orthography of English is too complex for formal instruction so children should be encouraged to memorise “sight words” and guess unfamiliar words using picture and context cues.

12. Phonics can only be taught properly using a commercial program, or alternatively, advocacy for phonics instruction is purely motivated by commercial forces. (Have you looked at the business models behind levelled texts lately?)

13. As long as phonics is “in the mix”, children will learn to decode.

History will be the judge of how we cooperate on the re-construction of a fence whose purpose was poorly understood by some of our predecessors, but there is no excuse, in 2021, for continuing to neglect or damage the science of reading fence, no matter how imperfect it may be. Children’s lives literally depend on being given every opportunity to become readers without the hindrance of depression and anxiety, low self-worth, behavioural comorbidities, suspensions and expulsions, and trying to access sparse, generally inadequate intervention services.

The fence was put there to protect children but was impulsively demolished by adults who were not using second-order thinking. The grown-ups need to re-instate it and care for it properly. 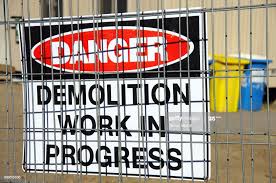 *At La Trobe University, we prefer to use the term Science of Language and Reading. You can read more about our recently established SOLAR Lab here and about its theoretical basis here.